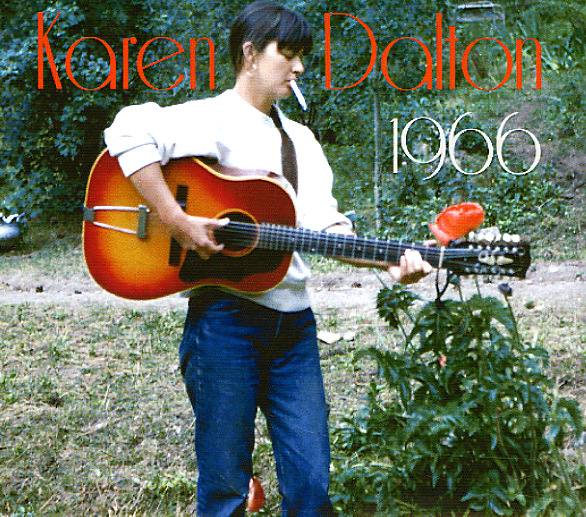 The third in a series of unearthed archival release of treasures by 60s folk singer, guitarist and banjo player Karen Dalton from Delmore Recordings – and it's also the third completely beautiful and revelatory Karen Dalton release from Delmore Recordings! For years, Dalton was best known by her peers in the early 60s folk community, particularly the Greenwich Village scene, where she was beloved by Dylan and other soon-to-be giants. Thanks in no small part to the great stuff brought to light by Delmore and the stellar Light In The Attic reissues, she's finally getting an audience beyond pivotal fellow musicians, which is truly thrilling. 1966 features songs recorded that year in her cabin in Summerville, Colorado – between the Green Rocky Road recordings of a few years earlier and the recordings that would make up her first official album, which wouldn't be released until '69. She's sometimes accompanied by Richard Tucker on guitar and vocal duets. Karen was infamously self-conscious on stage and in the studio, so these informal home recordings find her at her intimate, soulful best. Includes one the best versions of Tim Hardin's "Reason To Believe" we've ever heard, plus "Katie Cruel", "Cotton Eyed Joe", "Green Rocky Road", "God Bless The Childen", "Other Side To This Life", "Don't Make Promises", "Mole In The Ground", "Misery Blues", "Little Bit Of Rain" and more. Also includes excellent notes by Ben Edmonds.  © 1996-2021, Dusty Groove, Inc.

I'm So Lonesome I Could Cry (aka Sings Country & Western)
Hi Records/Fat Possum, Late 60s. New Copy
CD...$11.99 15.99 (LP...$11.99)
An overlooked gem by the great Charlie Rich – an album recorded for Hi Records in the years before he broke big on Columbia in the late 60s – but at a level that certainly points the way towards his country fame to come! And yet, as with most of the best music by Rich – like his ... CD