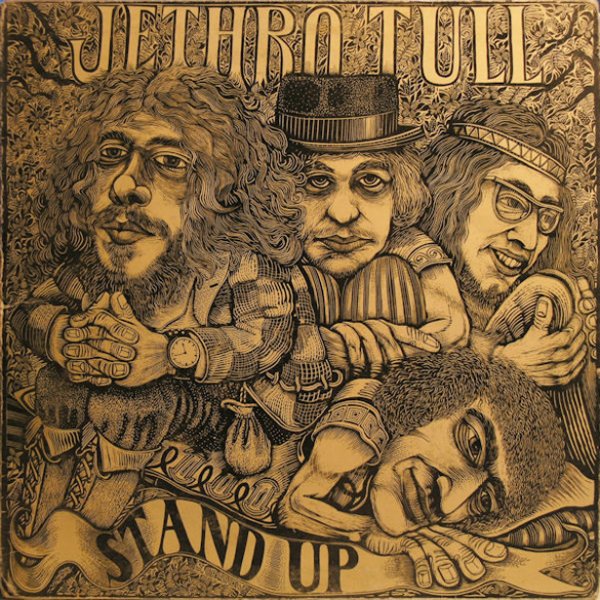 Stand Up (with bonus tracks)

Also available
Jethro Tull — Stand Up ... LP 9.99
Beautiful early work from Jethro Tull – a formative set that really has the group deepening both their themes and their music! There's still a bit of blues rock at the core – but also some richer, more lyrical modes too – and Ian Anderson does a perfect job of bridging both worlds with his sublime work on flute – an instrument that must have seemed like an odd lead for a rock group at the time, but which is no surprise in the same generation that artists like Herbie Mann and Roland Kirk were making their own hip records – not to mention the great Harold McNair, who was a UK contemporary of Andreson. The whole thing's great – a record that's ripe for rediscovery, and which really gives back year after year – and titles include "A New Day Yesterday", "Back To The Family", "Fat Man", "Reasons For Waiting", "Nothing Is Easy", and the classic instrumental "Bouree".  © 1996-2022, Dusty Groove, Inc.

Thick As A Brick
Chrysalis, 1972. Used
CD...$3.99
Jethro Tull's classic prog album–or is it a parody of a prog album? The LP-length "song", filled with dense lyrics, alternates between hard rock, English folk, and classical. CD