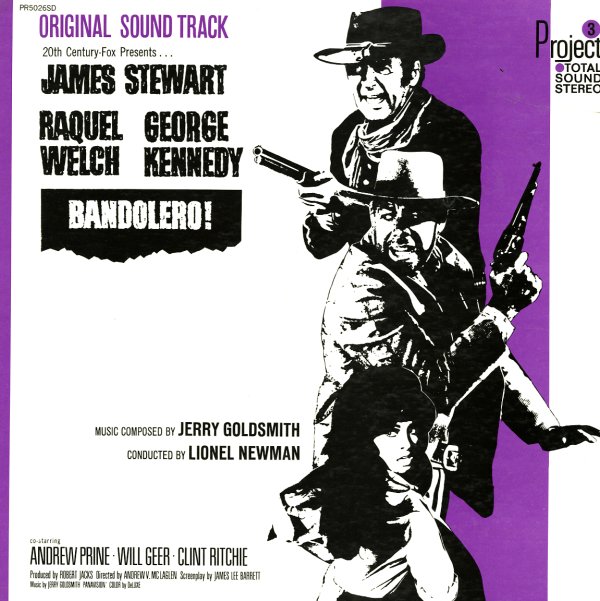 A way cooler soundtrack than you might expect – not only different than the usual western score of the time, but surprisingly sophisticated work for a movie that featured stars like Dean Martin, Jimmy Stewart, Raquel Welch, and George Kennedy! The music was conducted by Lionel Newman, and it's often got this sense of spareness and space that really makes things magical – sounds just hanging there in air, isolated instruments moving in Morricone-like fashion, yet in ways that still occasionally have some of the boldness you'd expect from Jerry Goldsmith too. The themes are often personal, almost romantic – yet never soppy, and occasionally inflected with exotic elements that really keeps things interesting. Titles include "El Jefe", "The Bait", "Ambushed", "A Bad Day For Hanging", and "Sabinas".  © 1996-2021, Dusty Groove, Inc.