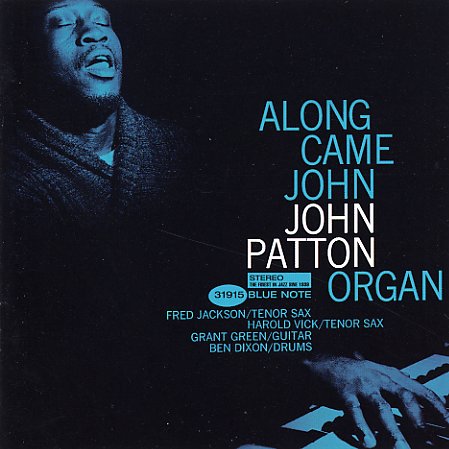 A really unusual album from the mighty Hammond giant John Patton – as the set features two tenor players in the group, both of them great! The tenor's no stranger to the sublime keyboard work of Patton – but here, the great one gets help from both Fred Jackson and Harold Vick – both of whom are at their early 60s soul jazz best, able to play with a hard edge, but also some surprisingly complicated moments too – which really fits into the spirit of Patton's overall groove! The group also features great guitar from Grant Green – one of his key pairings with the organist – plus drums from the wonderful Ben Dixon, who's got a fluid, open approach to rhythm that really works well with John's basslines from the Hammond. Titles include "Gee Gee", "Pig Foots", "Spiffy Diffy", "Along Came John", and the classic modal groover "The Silver Meter".  © 1996-2021, Dusty Groove, Inc.
(Out of print.)

Night Dreamer (RVG remaster edition)
Blue Note, 1964. Used
CD...$6.99
Beautiful – simply beautiful – one of the greatest Wayne Shorter albums for Blue Note, and one of our favorite jazz albums ever! The record is a masterpiece of lyrical delight – soul jazz mixed with slight touches of experimentalism – but still warm, swinging, and personal ... CD

Promise
Verve, 1995. Used
CD...$4.99
A far reaching set from fusion rooted, but boundlessly talented jazz guitarist John McLaughlin – featuring an all star roster of guests and admirers and a stylistic sprawling set of numbers! A few numbers with voice accompaniment add a spiritual depth, but for the most part, Promise intends ... CD