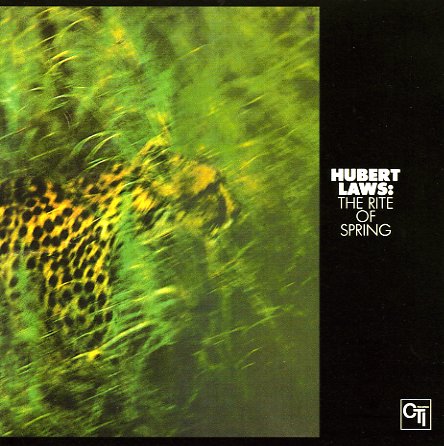 A groundbreaking record from flautist Hubert Laws – a mixture of classical themes and jazz, handled with an airy CTI approach – and set to arrangements by Don Sebesky that are simply mindblowing! The album's a wonderful example of the way that CTI really pushed the boundaries of instrumental expression in the 70s – taking Laws wonderfully breathy work on flute, and mixing it with some well-crafted backings that also feature electric piano by Bob James, bass by Ron Carter, and percussion by Airto and Jack DeJohnette. The larger group is handled by Sebesky, who really brings some magic to the record – a sense of sound, space, and timing that's still a heck of a lot more mature and sophisticated than most instrumental recordings coming out today! Titles include "Syrinx", "Rite Of Spring", "Brandenburg Concerto No 3", and "Pavane".  © 1996-2022, Dusty Groove, Inc.
(Early 80s pressing in a non-gatefold cover. Cover has some edge wear.)

Say It With Silence
Columbia, 1978. Near Mint-
LP...$16.99
Nothing too silent here, as the set's filled with the kind of soulful fusion grooves we'd expect from Hubert Laws in the 70s! The album's a real standout in his Columbia catalog – a perfectly balanced set that features plenty of great work from Hubert on flute, amidst arrangements that also ... LP, Vinyl record album