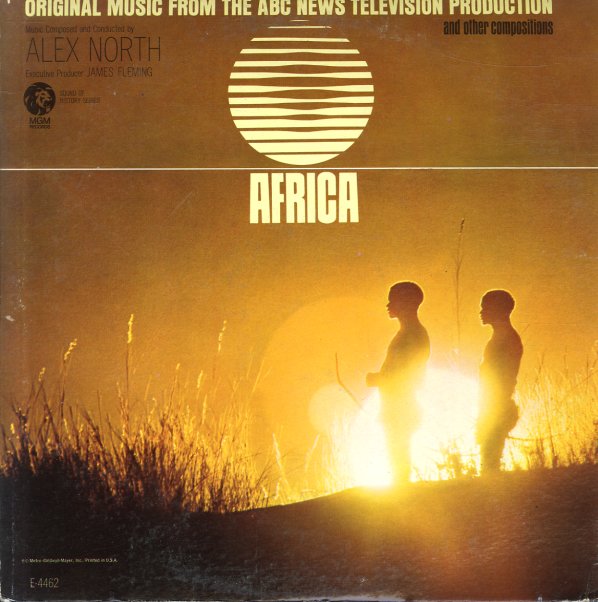 A pretty serious orchestral score by Alex North, designed to accompany an ABC documentary about the changes in Africa during the 60s. Given that the documentary takes a look at the emerging politics and cultures in post-colonial Africa, it's amazing how white and western the soundtrack is – a seven part orchestral-suite titled "Africa", all strings and dramatic moods, with no attempt whatsoever to bring in African styles of music or instrumentation!  © 1996-2022, Dusty Groove, Inc.
(Stereo pressing with deep groove. Cover has light wear, some aging, and a small split in the bottom seam held with a piece of clear tape.)

Dark Of The Sun – Original Soundtrack
MGM, 1968. Near Mint-
LP...$29.99
A pretty nice action soundtrack from French composer Jacques Loussier – not as all-out groovy as some of his other work from the 60s, but filled with some nice touches that include jagged instrumentation over orchestrations, creating some jazzed-up bits that feel more like 60s crime jazz than ... LP, Vinyl record album