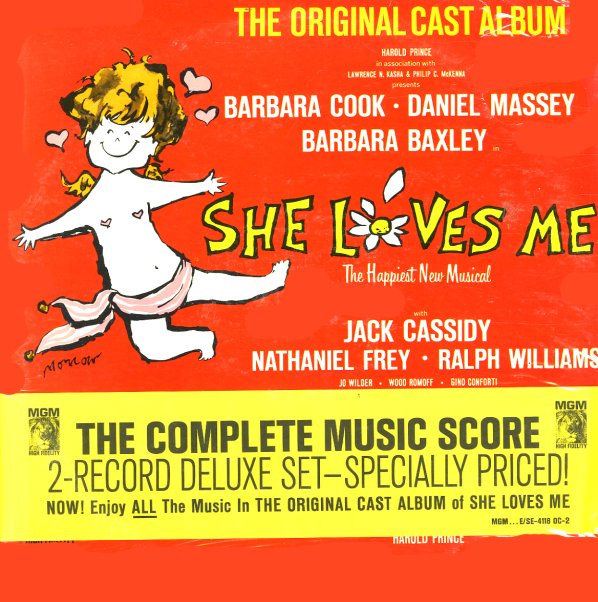 She Loves Me – Original Cast Album

A very groovy musical – based on Shop Around The Corner, and including the wonderful title track!  © 1996-2020, Dusty Groove, Inc.
(Mono pressing. Shrinkwrap has sticker remnants. Cover has a cutout hole.)