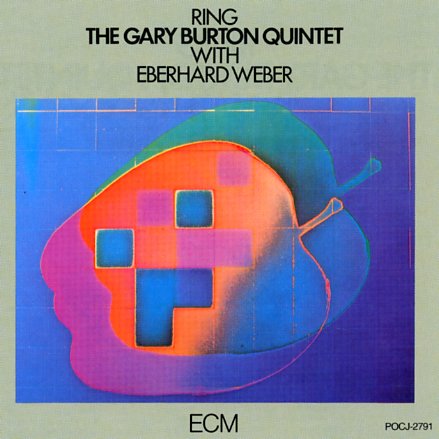 One of Gary Burton's more free-flowing albums of the 70s – a bit more fusion than some of his other work of the time, with key guitar contributions from Mick Goodrick and a young Pat Metheney! The album's still filled with plenty of Burton's great work on vibes, but the guitars also soar out strongly too – bringing in a sense of pulse that's matched by the basses of Steve Swallow and Eberhard Weber, and percussion by Bob Moses. The groove's still a bit softer-edged than traditional fusion sides of the time – thanks to a mellower ECM approach – but there's also a bit more dynamic energy on some of the tracks than you might be used to hearing from the label. Titles include "Silent Spring", "The Colours Of Chloe", "Intrude", "Unfinished Symphony", "Tunnel Of Love", and "Mevlevia".  © 1996-2021, Dusty Groove, Inc.
(Out of print.)