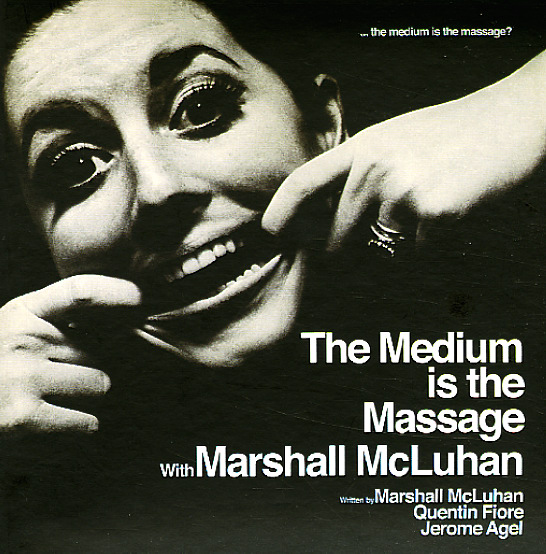 Medium Is The Massage

A real mind-trip – and an incredible document of the times – not just ideas floating around in the late 60s, but also new ways of making records too! The album is loosely based around ideas and writings from The Medium Is The Massage – McLuhan's important 1967 book, co-written with Quentin Fiore – and represented here as a wild sound collage that blends together music, sounds, media snippets, and readings by McLuhan, Fiore, and a host of other voices! The album's actually much more of a "happening" than a spoken word album – a real studio party that's cut up and messed up by all the added effects, sounds, and music – genius that comes from Jerome Agel, who put the whole project together – and delivered it to the loving hands of John Simon, who produced some other wonderful records of this nature for late 60s Columbia. A real delight throughout – and the kind of an album we wish people still kept making! Great reissue package – in a gatefold LP-styled sleeve, with additional artwork, rare photos, full notes on the sessions, and more!  © 1996-2021, Dusty Groove, Inc.

Windmills Of Your Mind
World Pacific (Japan), 1969. New Copy
CD...$13.99
A groovy groovy groovy album that's been one of our favorites for years – a set that features these wonderful jazz takes of material from some killer soundtracks of the 60s! The great Michel Legrand handles the arrangements – and does a wonderful job of reworking songs from three of ... CD