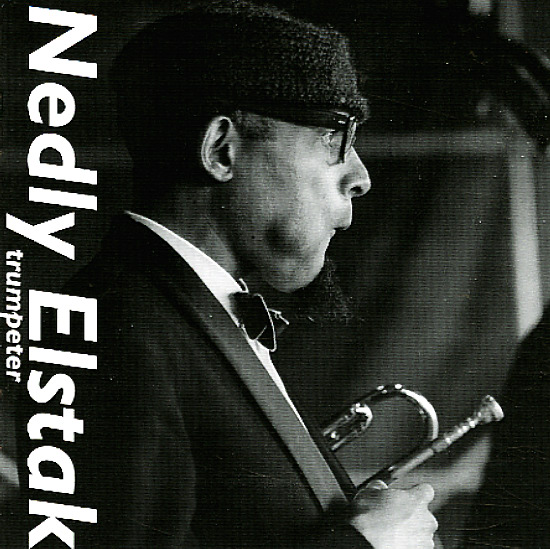 Nedly Elstak may not be a household name – and he's certainly not going to win any charm contests with his pose on the cover – but he's a hell of a great trumpeter from the Dutch scene of the 60s, and comes across beautifully here on a collection of rare live material from back in the day! The set's a real revelation to us – as we'd never heard Elstak before – and in addition to these sparkling trumpet lines that lie somewhere between Clifford Brown and Ted Curson – with the warmth of the former, and bite of the latter – Nedly also plays some piano too – an instrument that he really handles wonderfully – with a real range on the keyboard, and this thoughtful depth of sound that really blows us away. Tracks are all live, but really well recorded – and players include Theo Loevendie on alto, Dick Vennik on tenor, Rein de Graaff on piano, and Willem Breuker on bass clarinet – on titles that include great Elstak originals like "Some Astronomers Wonder", "Love You So", "The Machine", "No One Around", "Double Eclipse", and "Beautiful Mountain".  © 1996-2022, Dusty Groove, Inc.

Toots Thielemans Meets Rob Franken – The Studio Sessions 1973 to 1983 (3CD set)
Dutch Jazz Archive (Netherlands), 1970s/Early 80s. New Copy 3CD
CD...$29.99 34.99
A treasure trove of barely-heard music from two of the most unique players on the European scene of the 70s – Fender Rhodes giant Rob Franken, and harmonica jazz maestro Toots Thielemans – two players who sound better here in the company of each other than they do on their own! ... CD