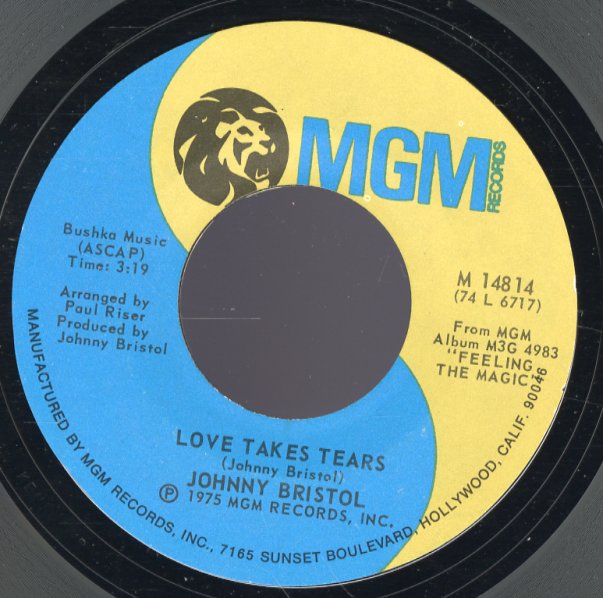 One of the best solos singles by Johnny Bristol! "Love Takes Tears" is an excellent mellow soul number – built around a groove that's almost like "Love's Theme" by Barry White, but graced with warm vocals by Johnny that give the tune a very catchy hook! "Go On & Dream" is mellower, a great example of the gentle side of Bristol!  © 1996-2021, Dusty Groove, Inc.
(Promo pressing in a worn MGM sleeve with flaking along the bottom.)