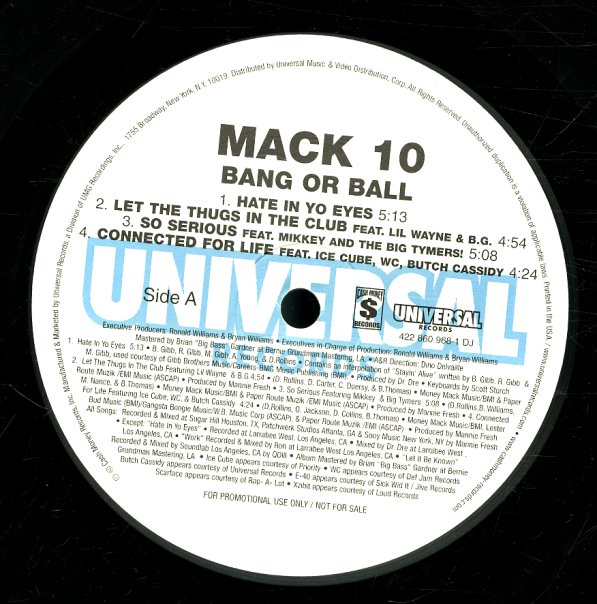 D12 World (Clean Vinyl Version)
Shady/Interscope, 2004. Near Mint- 2LP
LP...$4.99
D12's sophmore full length is a pretty fair improvement over the largely forgettable debut – particularly the single "My Band", one of the rare cuts in which Eminem seems to have a pretty good time lampooning is own image. Other tracks include "Git Up", "Loyalty" ... LP, Vinyl record album