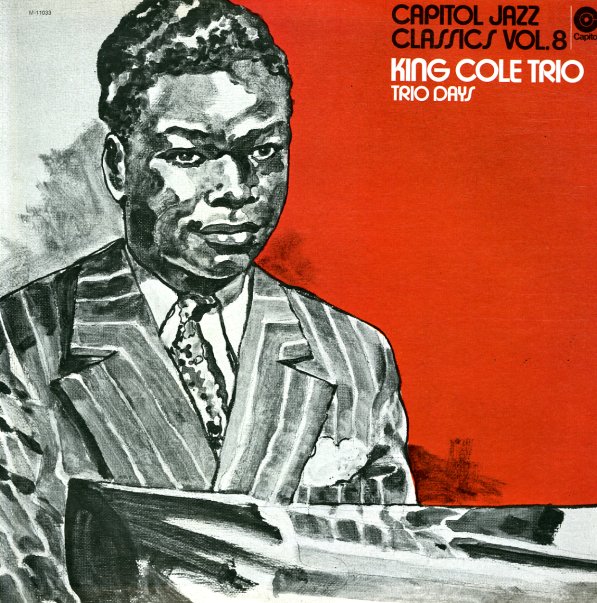 Early recordings by the King Cole Trio, with Nat King Cole on piano, Oscar Moore on guitar, and Johnny Miller on bass, and also with a later line-up of Irving Ashby on guitar, Joe Comfort on bass, and Jack Costanzo on bongos.  © 1996-2023, Dusty Groove, Inc.
(70s issue.)

In The Beginning
Ace Of Hearts (UK), 1940/1941. Near Mint-
LP...$14.99
Early sides by Nat King Cole, recorded in the pre-Capitol years – and done in a mixture of vocal and instrumental modes, with trio backing that featured Oscar Moore on guitar and Wesley Prince on bass. The tunes are still very much solid early Nat at his best – a lightly blended mix of ... LP, Vinyl record album