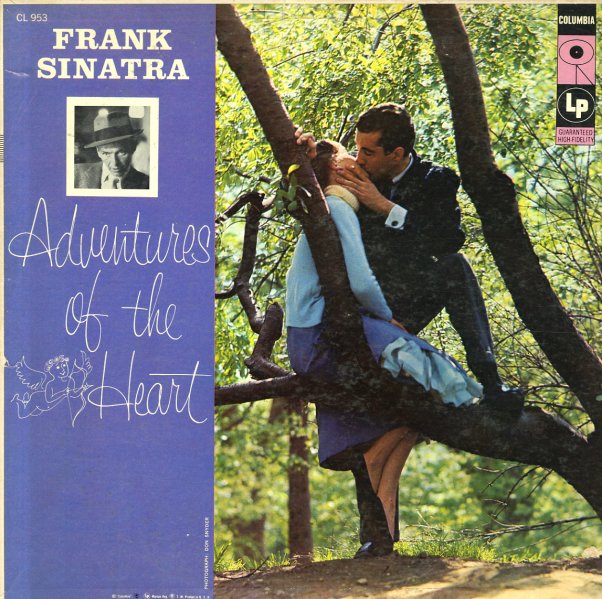 Adventures Of The Heart

(Mono 6 eye pressing. Cover has a lightly bumped corner and a small stain.)

Jazz
Columbia, Late 50s/1960s. Near Mint- 2LP Gatefold
LP...$11.99
A great collection of some of the more jazz-based work of singer Tony Bennett – one that features a huge amount of all-star musicians – including Al Cohn and Stan Getz on tenors, Count Basie and Herbie Hancock on pianos, Nat Adderley on cornet, Chico Hamilton and Art Blakey on drums, ... LP, Vinyl record album

Noel Coward In New York
Columbia, 1956. Very Good+
LP...$7.99
A very cool album from Noel Coward – a talent you're probably more familiar with as a playwright, but who also happens to be quite the entertainer! This album is one of two great sets that Coward recorded live in the US in the mid 50s, and they really show him opening up a lot from earlier ... LP, Vinyl record album