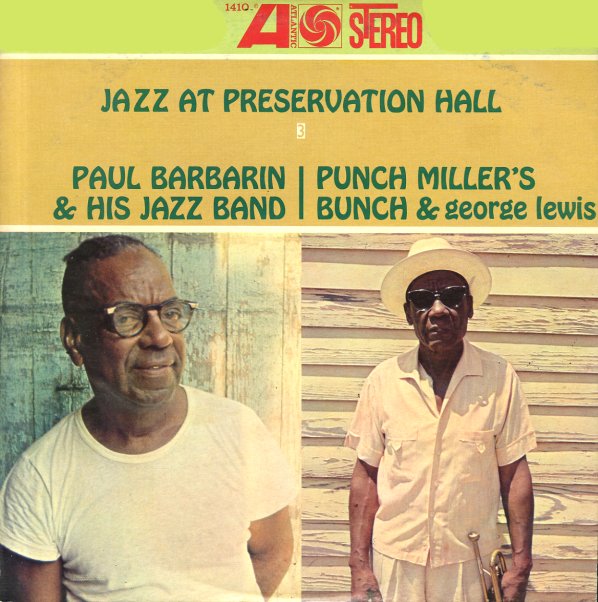 A real cooker in the Atlantic Records' 60s series from Preservation Hall – a record that definitely keeps up the groove throughout! Side one features work by the combo of drummer Paul Barbarin – a lively player with a romping approach to rhythm – one that perfectly suits the trad sounds from Ernie Cagnolatti on trumpet, Waldren "Frog" Joseph on trombone, and Louis Cottrell on clarinet. Titles include "Too Late", "The Second Line", and "Give It Up". Side two features a great group led by legendary trumpeter Ernie "Punch" Miller – with sweet horn work from a lineup that includes Louis Nelson on trombone and George Lewis on clarinet – the latter of whom is in perfect late formation on his well-crafted solos. Titles include "Nobody Knows The Way I Feel This Morning", "Preservation Blues", and "Hindustan".  © 1996-2021, Dusty Groove, Inc.
(Green and red Rockefeller label stereo pressing.)