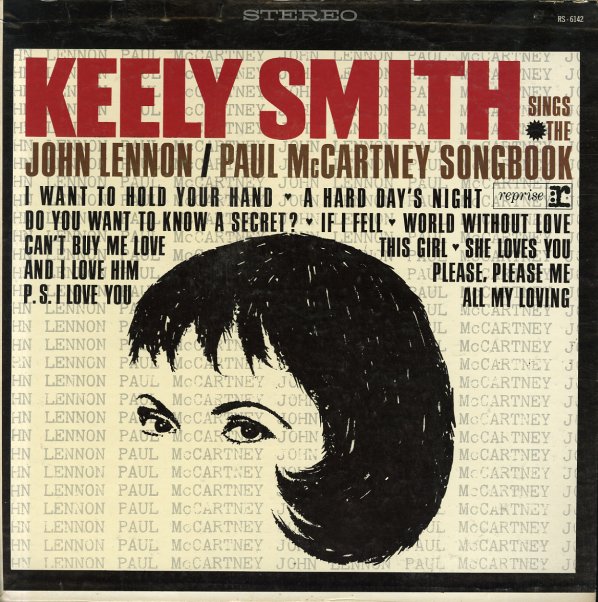 A groovy singer takes on the music of The Beatles – all with a sound that does a heck of a lot for both parties involved in the proceedings! Keely Smith was well into her solo career by the time of this set – having stepped away from Louis Prima, and soaring through some great albums on her own in the early 60s – of which this gem might be the capper! 1964 is a pretty early point to recognize the great potential of the songwriting team of Paul McCartney and John Lennon – but chalk that up to producer Jimmy Bowen, who does a superb job of bringing in some of the groovier styles that Reprise Records was getting hip to at the time – served up here courtesy of arrangers Ernie Freeman and Benny Carter. Both Freeman and Carter have a slight current of soul at times, which makes for a great match with Keely's vocals – on titles that include "Please Please Me", "This Girl", "If I Fell", "She Loves You", "World Without Love", "Hard Day's Night", "Do You Want To Know A Secret", "I Want To Hold Your Hand", and "Can't Buy Me Love" – all sounding surprisingly great as jazz tunes!  © 1996-2020, Dusty Groove, Inc.
(Tri-color stereo pressing. Cover has some splitting in the top seam.)