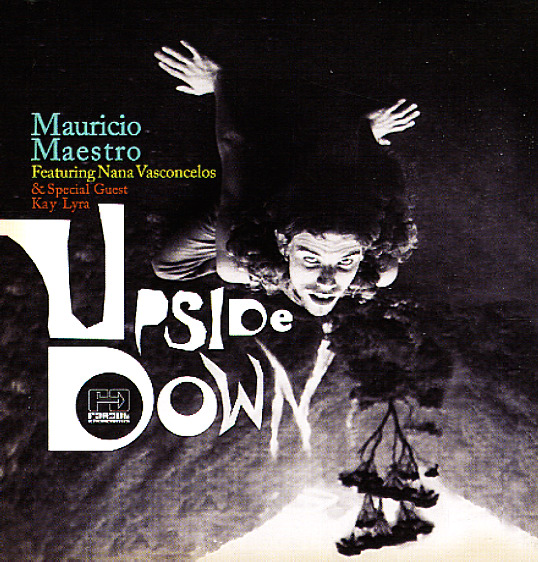 A contemporary set, but one that's unlike any other recent Brazilian recording we can think of – given the very unique vibe that Mauricio Maestro is going for! You might know Mauricio from his mid 70s work with Joyce on Visions Of Dawn – and although this set is a recent recording, it has a same sort of classic feel overall. The sound here has deep rhythms and folksy touches – a warm acoustic mode, but topped with some slight electricity and larger arrangements – a bit like some of the more creative sounds in the Brazilian underground during the post-Tropicalia years – yet with a richness that takes it much farther too! Maestro handled the arrangements, and he brings in a jazz-tinged quality that's not unlike the Milton Nascimento generation – yet the overall approach is earthier too, and vocals are handled by Mauricio, percussionist Nana Vasconcelos, and Kay Lyra – swirled up with a bit of light string backings that really help the record soar to the skies! We'd rank this one right up there with classics from the 70s by Joyce or Edu Lobo – but we also recognize that it's very much it's own record too. Titles include "Jungle Bells", "Agua Clara", "Canto Do Paje", "Todos Os Santos", "Ciclo Da Vida", "Ouvindo Estrelas", "Upside Down", and "Horizonte".  © 1996-2021, Dusty Groove, Inc.