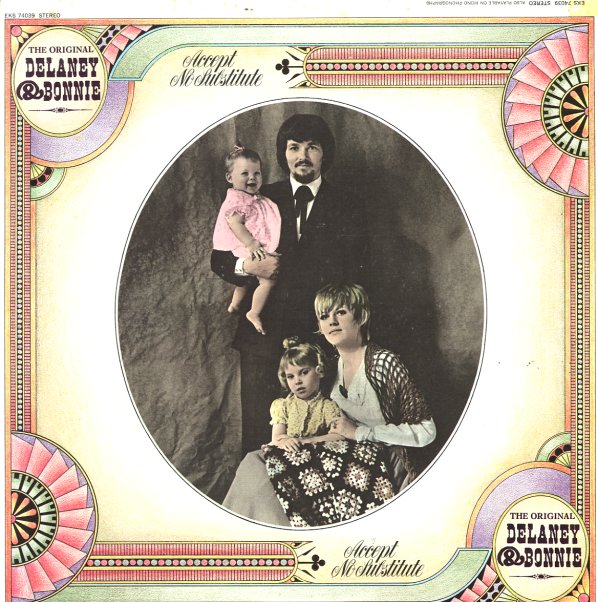 Southern rock meets southern soul – all in this groundbreaking set from the team of Delaney and Bonnie Bramlett! The quality quotient here is quite high – light years beyond so many later folks who tried for this territory, but then slicked it up for radio airplay – and in another world, both singers might have been just cutting gritty 45s for a colorblind local audience – had Elektra Records not given them such a great shot with this classic! The already great Bramlett core sound gets strong support here from studio stalwarts like Bobby Whitlock, Bobby Keys, and Jim Price – and Leon Russell and Rita Coolidge also lend their talents to the proceedings too – on titles that include "Get Ourselves Together", "Ghetto", "Love Me A Little Bit Longer", "Soldiers Of The Cross", "Dirty Old Man", and a great take on "Do Right Woman".  © 1996-2021, Dusty Groove, Inc.
(Red label big E pressing. Includes the Elektra inner sleeve. Cover has light wear and aging.)