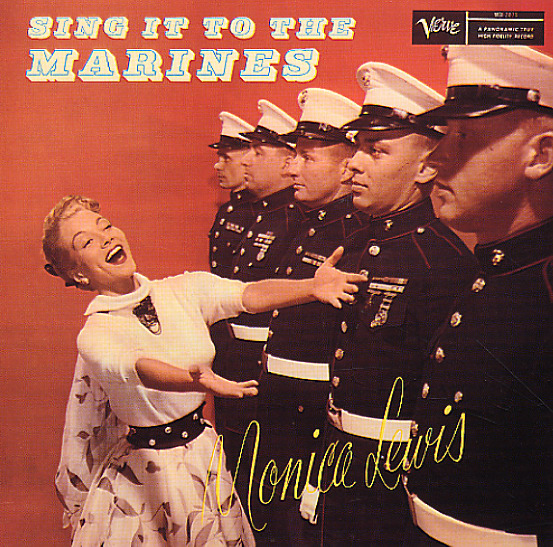 Sing It To The Marines

The cover of this one might make the album one of the campiest records on Verve – but the session's a surprisingly great one, with a straighter vocal approach than you'd guess! Monica's got a really sweet vocal style – a bit sexy, and certainly adult – arranged here with some nice jazzy touches from Frank DeVol, working in backings that are a lot hipper than those we remember him using with other singers from the time. Monica handles herself like a big girl in front of all those Marines – all-woman, but clearly not giving it away to the first man in blue who walks down the street. Titles include "Blues In The Night", "Miss You", "Rough Ridin", "All Alone", "The Song Is You", "Undecided", and "I'll Be Seeing You".  © 1996-2021, Dusty Groove, Inc.
(Mono Verve Inc pressing with deep groove.)