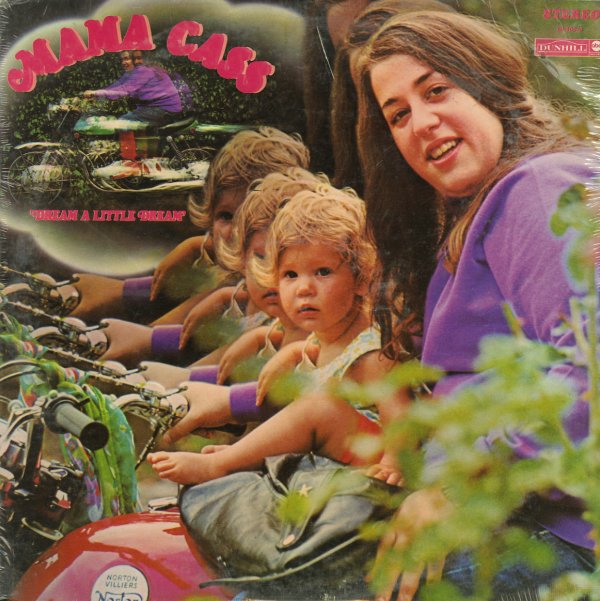 Wonderful stuff! You probably know Mama Cass as one of the "mamas" in the Mamas & Papas – but she's got an insane pop vision on her own, a mad mix of the sweet, psychedelic, and historic, filtered through the haze of a late 60s LA summer afternoon. File this one next to your gems by The Association, Harper's Bizarre, and Van Dyke Parks – and you'll grow to love Mama for her tripped-out groovy pop! Titles include "You Know Who I Am", "Sweet Believer", "Rubber Band", "Long Time Loving You", and "California Earthquake".  © 1996-2020, Dusty Groove, Inc.
(Cover has a small cutout hole.)

Have Fun!!! Play Drums!!!
Dunhill, 1968. Very Good+ Gatefold
LP...$33.99
Very cool original pressing of this rare LP cut by studio legend Hal Blaine. Hal played drums on thousands of records in the 60's and 70's – including a huge amount of some of rock's biggest classics. During the time, he also managed to cut a number of LPs – some like the wild classic ... LP, Vinyl record album