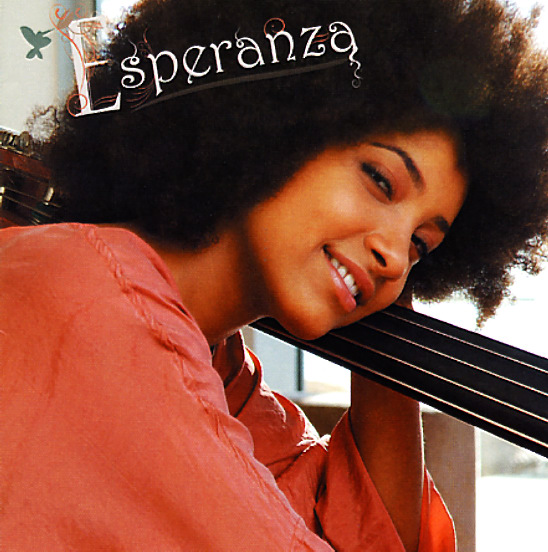 Sublime work from a truly amazing artist – one who both sings and plays acoustic bass – all in a captivating blend of jazz, soul, and Brazilian styles! Esperanza Spalding has a fresh, unique feel that's all her own – the warmth of a jazz singer like Carmen Lundy, the sharper sensitivities of a bossa vocalist, and the depth of a younger soul artist – all wrapped up in grooves that are undeniably jazzy, with a strong sense of rhythm from Spalding's great work on bass! The set is a great one, and provides a perfect platform for Esperanza's wonderful talents – even more so than her previous import release, and at a much nicer price. Instrumentation is mostly small combo – with lots of piano, a bit of Fender Rhodes, and some trumpet and sax from time to time – and titles include "She Got To You", "Precious", "Ponta De Areia", "I Know You Know", "Fall In", "I Adore You", "Love In Time", and "Mela".  © 1996-2022, Dusty Groove, Inc.

Emily's D + Evolution (deluxe edition – with bonus tracks)
Concord, 2016. Used
CD...$9.99
Esperanza Spaulding looks more striking than ever on this album cover, but not as striking as the music inside – co-produced by Spaulding with Tony Visconti – the longtime David Bowie collaborator who really brings a sharp sort of focus to the set! Although Esperanza began as a jazz ... CD