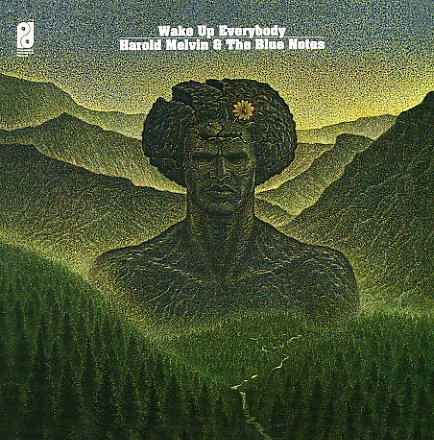 Wake Up Everybody (expanded version – with bonus track)

Teddy Pendergrass and crew get a bit more political than on earlier releases, and adopt the righteous bubbling soul groove that had put the O'Jays over the top a few years earlier – with incredible results! The title cut – "Wake Up Everybody" – would prove to be a great example of the political Philly International hit formula applied to socially conscious themes, but the record probably scored even bigger with the club crossover hit "Don't Leave Me This Way". Other tracks include "Keep On Lovin You", "Tell The World How I Feel About Cha Baby", "I'm Searching For A Love", and "You Know How To Make Me Feel So Good" – the latter two of which also feature female vocals by Sharon Paige. Bobby Martin, Norman Harris, and Ronnie Baker did the arrangements – and this was Teddy's last LP with the group. Includes bonus track "Don't Leave Me This Way (Tom Moulton Mix)".  © 1996-2021, Dusty Groove, Inc.
(Out of print, BMG music club pressing.)

Be For Real – The PIR Recordings 1972 to 1975 (I Miss You/Black & Blue/To Be True/Wake Up Everybody/bonus tracks) (3CD set)
Philadelphia International/Soulmusic.com (UK), Early 70s. Used 3CDs
CD...$22.99
A fantastic collection – four classic Philly International albums from this legendary group – plus a CD of bonus material too! First up is I Miss You – a groundbreaking record that forever changed the course for male soul music in the 70s – a set that has the young Teddy ... CD

Dick Jensen (Japanese paper sleeve edition)
Philadelphia International (Japan), 1973. Used
CD...$18.99
One of the strangest albums ever issued on Philly International – a set of tunes by Dick Jensen, who was part blue-eyed soul singer, part easy male vocalist – sounding here as if he'd almost hit the market about 5 years too late to make a difference. The record's the kind that would be ... CD

Time Is Slipping Away (Japanese paper sleeve edition)
Philadelphia International (Japan), 1979. Used
CD...$32.99
Wicked work from Dexter Wansel – a funky classic for Philly International, put together with just the sort of care he brought to his albums for other artists! The album's a bit more straight Philly than some of Dexter's earlier records – a bit less of the cosmic funk from before, but ... CD

12 Inch Collection & More
Funk Essentials/Casablanca, 1970s. Used
CD...$4.99
A batch of Parliament and Parliament related funk nuggets get a nice CD presentation of the original, rare, and or extended takes that were previously only available on the original vinyl! All told, more than an hour's worth of prime and/or rare P Funk! Tracks include "Aqua Boogie" ... CD