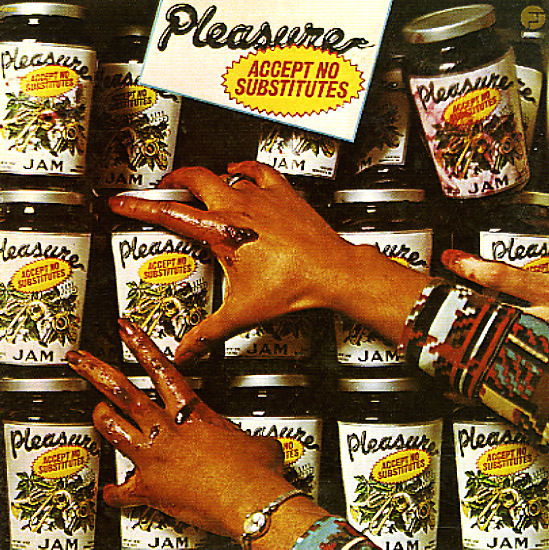 Quite possibly the funkiest album ever from Pleasure – and that's saying a heck of a lot! The album grooves from the very first note – and moves through some of the group's tightest, most rock-solid numbers – all of which use their trademark blend of funky and soul, but which somehow seem to hit even more perfect territory than previous albums! And yes, those records are great, but usually have a few standout cuts – while this one works together perfectly – leading us in right away, then holding us rapt through some wonderful cuts that never let up – massive energy that few other funky combos could match, produced to perfection by the legendary Wayne Henderson. Titles include the wicked sample cut "I'm Mad", the bouncy "Pleasure For Your Pleasure", the spacey "Ghettos Of The Mind", the bumping "Let's Dance", and the tracks "Jammin With Pleasure", "Theme For The Moonchild", "2 For 1", "We Have So Much", and "The Love Of My Life".  © 1996-2022, Dusty Groove, Inc.