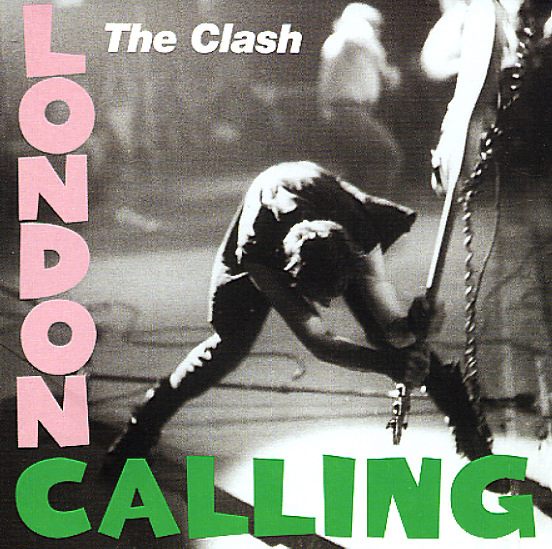 Also available
Clash — London Calling ... CD 2.99
Quite possibly the crowning masterpiece by The Clash – and a record that certainly pushed them out of the punk rock ghetto and into the collections of countless mainstream folks over the years! This is the set that really pushed the group over the top – the one that harnessed all the best energy of the previous two records and gave it a strong new focus – one that draws on roots as deep as the late 50s Elvis reference of the cover art, but which also bubbled over with newly approaching 80s musical ideas and politics! Yet the message never gets in the way of the guitar-heavy tuneful appeal of the songs – ringing out for decades on classics like "Train In Vain", "London Calling", "Spanish Bombs", "Lost In The Supermarket", "Guns Of Brixton", "Clampdown", and "Rudy Can't Fail".  © 1996-2022, Dusty Groove, Inc.
(Out of print, 25th Anniversary Legacy Edition.)

London Calling
Epic, 1979. Used
CD...$2.99 (CD...$14.99)
Quite possibly the crowning masterpiece by The Clash – and a record that certainly pushed them out of the punk rock ghetto and into the collections of countless mainstream folks over the years! This is the set that really pushed the group over the top – the one that harnessed all the ... CD