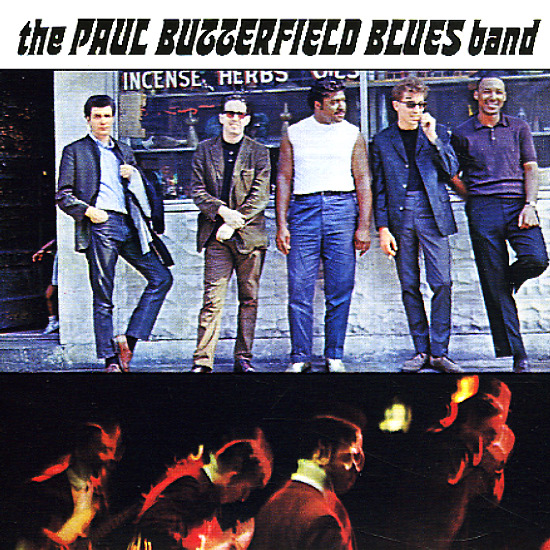 An archetypal album from the legendary Paul Butterfield – and a set that would shape the sound of countless blues rock records to come! Despite what you might think of the genre or its many later incarnations, there's a raw power here that's really amazing – the young Butterfield and his Chicago comperes, hanging out at clubs on the south side, drinking in the relatively new electric sound of the city, and turning out a groove that's a lot more hard-edged than some of the overseas imitators at the time! Paul's pretty darn great on vocals and harmonica – but the group has some even more powerful sounds in the twin guitar talents of Mike Bloomfield and Elvin Bishop – the former on slide, the latter on rhythm – along with Jerome Arnold on bass, Sam Lay on drums, and Mark Naftalin on some Hammond too. Titles include "Blues With A Feeling", "Born In Chicago", "Shake Your Money Maker", "Mystery Train", "Screamin", "Last Night", and "Look Over Yonders Wall".  © 1996-2021, Dusty Groove, Inc.
(Out of print.)

Original Lost Elektra Sessions
Elektra, Late 60s/Early 70s. Used
CD...$7.99
Massive lost work from the Butterfield Blues Band – recorded in 1964, quite early in the group's career – but a set that already has them hitting hard with a really powerful sound! The recording quality and overall sound is nice and rough – a gritty groove that's more closely ... CD