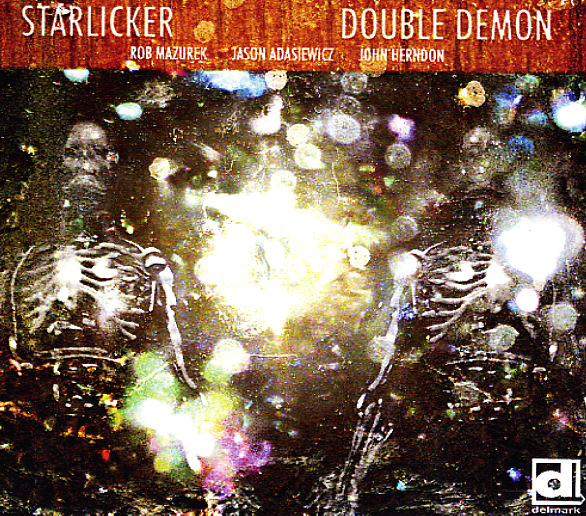 A brilliant set from the Chicago scene – a trio that features cornet from Rob Mazurek, drums from John Herndon, and some mighty vibes from Jason Adasiewicz – easily one of the most important players on his instrument in the past decade! There's a mixture of freeness and togetherness here that really reminds us of the 60s new thing generation – like Bobby Hutcherson coming together with Tony Williams – yet infused with the genre-crossing energy that all three players embrace – that rich legacy that both Mazurek and Herndon bring to the session, and help show the way for a new chapter in the music of Adasiewicz. Proof that Delmark is suddenly as hip again as it was in the late 60s – with cuts that include "Orange Blossom", "Double Demon", "Vodou Cinque", "Skull Cave", and "Triple Hex".  © 1996-2021, Dusty Groove, Inc.
(Mark through barcode.)