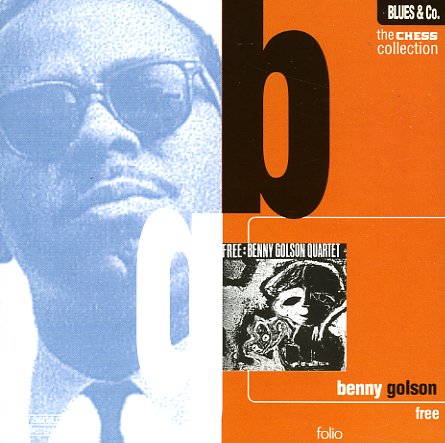 Without a doubt, Benny Golson is one of the most underrated tenorists of his generation – a player with a tone and conception that's always tremendous – but which comes across especially well on this early 60s session for Argo Records! As you might guess from the title, things aren't as tightly structured as on some of Benny's more arranged albums of the period – and he opens up wonderfully in a small group setting – playing in a beautifully confident tone, but with a slightly raspy edge – cutting, changing, and swinging perfectly in lines that are masterfully crafted, yet full of raw emotion. The group's a thoughtful quartet, and includes Tommy Flanagan on piano, Ron Carter on bass, and Art Taylor on drums – and tracks that inlcude "Sock Cha", "Shades Of Stein", "Just By Myself", and "Just In Time".  © 1996-2022, Dusty Groove, Inc.
(Still sealed.)

New Time, New 'Tet
Concord, 2009. Used
CD...$6.99
Benny Golson's one of those players who never lets us down – and here, into his 80th year in on the planet, the man's still burning strongly and soulfully! The set's got a very solid, put-together sort of sound – the quality that's always made us seek out Golson albums of any vintage, ... CD

Play Bach 2
Decca/Universal (France), 1960. Used
CD...$6.99
The second of two groundbreaking albums for the Paris jazz scene. Although Loussier's formula was often copied during the 60s, at the time of these recordings, his mix of jazz and classical styles was fairly revolutionary – and a perfect way to link the postwar European love of jazz with ... CD