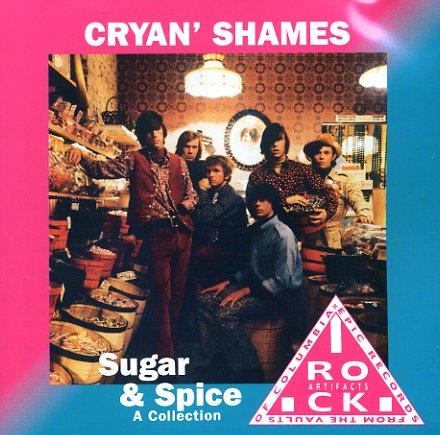 Groovy 60s pop – a mix of the harmony style of groups like Harper's Bizarre, with some of the more garagey sounds of groups like The Shadows Of Knight. The album's got a great jangly quality – especially on the guitars, which are produced with a nice sharp edge that offsets that sweetness of the vocals. Titles include "Hey Joe", "Sugar & Spice", "July", "I Wanna Meet You", and "Ben Franklin's Almanac". 18 tracks in all!  © 1996-2021, Dusty Groove, Inc.
(Out of print. Small cutout hole through case and tray card.)