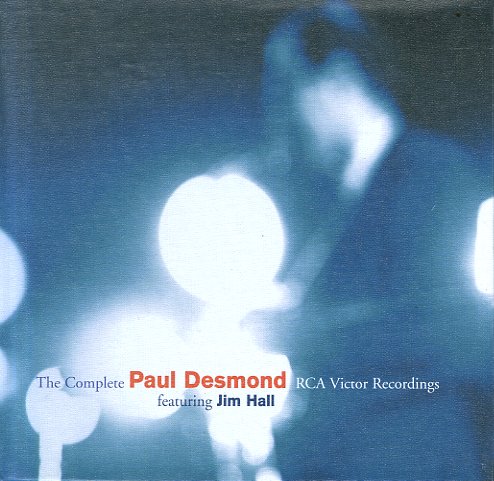 Genius in one of its purest forms! Paul Desmond's alto sax was honed to perfection by the time of these recordings – worked out through fame in the Dave Brubeck Quartet years of the late 50s and early 60s, but also relaxed in a confidence that makes these sides completely majestic, and utterly fantastic! Desmond's tone and approach are languid – but in a way that's incredibly compelling: notes just floating out of the horn, almost effortlessly, seeming not to come from Desmond himself, but to him, gathered together by his warmth and good wit, honed in further by the spare and gentle guitar work of the great Jim Hall. This package is the finest tribute we could think of to their brilliant work together – a wonderfully-done 5CD set, with a lovely slipcase and book, done in a way that retains the structure of the original albums, yet also adds in bonus tracks. There's a whopping 55 cuts in all – and every single one of them's a gem!  © 1996-2021, Dusty Groove, Inc.
(Out of print. Cover has light shelf wear but this is a nice copy overall.)