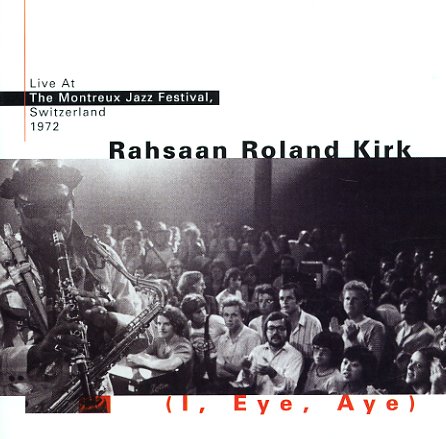 Dog Years In The Fourth Ring (Rare Live Material & Natural Black Inventions – Root Strata)
32 Jazz, 1960s/1997. Used 3 CDs
CD...$13.99
One of the greatest contributions made by the 32 Jazz label so far has been the rich amount of classic Roland Kirk material they've released on the market. The best of Kirk's work has been out of print for years, and like the folks at 32 Jazz, we think that's a darn shame – which is why we're ... CD

Aces Back To Back (Left & Right/Rahsaan Rahsaan/Prepare Thyself To Deal With A Miracle/Other Folks Music) (4CD set)
32 Jazz, Late 60s/Early 70s. Used 4 CDs
CD...$19.99
Nice one! A whopping 4CD set that brings together 4 of Roland Kirk's best late albums for Atlantic! Left & Right is an undisputed classic, and has Roland leading a large group of musicians through a haunting batch of complicated tracks that clearly illustrate his much-heralded concept of ... CD