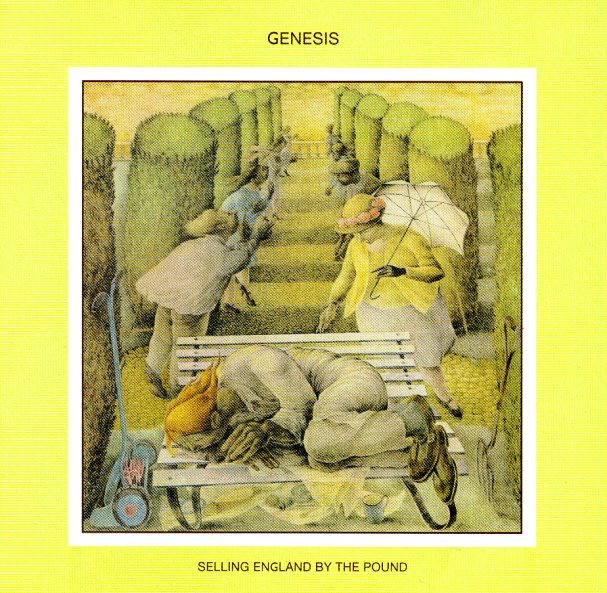 Selling England By The Pound

An album we come back to more and more over the years – a bit more subtle than some of the other Gabriel-era Genesis records, but in a good way! Titles include "Aisle Of Plenty", "More Fool Me", "Firth Of Fifth", "Dancing With The Moonlit Knight", "I Know What I Like", "Battle Of Epping Forest", and "The Cinema Show".  © 1996-2021, Dusty Groove, Inc.
(US pressing with PR suffix. Cover has light surface wear and some light stains.)