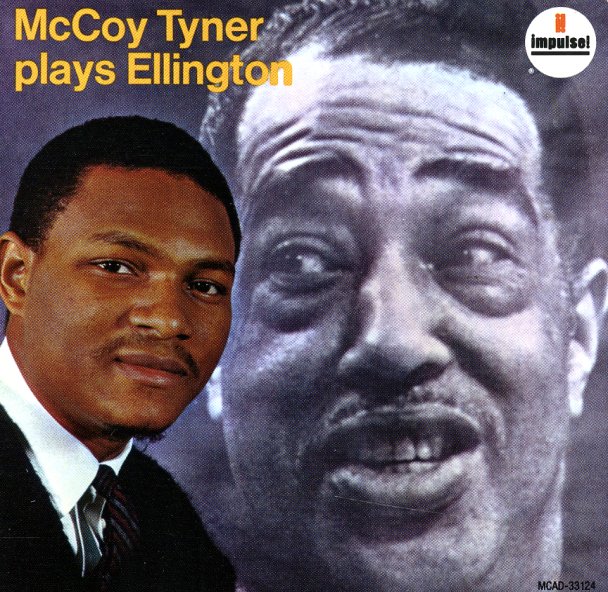 Also available
McCoy Tyner — McCoy Tyner Plays Ellington (with bonus tracks) ... CD 6.99
Mc Coy plays Duke7, with surprisingly great results – thanks to an expanded trio format that features lots of additional percussion! McCoy's on piano, working alongside Coltrane bandmates Jimmy Garrison on bass and Elvin Jones on drums – but the real charm of the record comes from Willie Rodriguez and Johnny Pacheco, who add in extra percussion to most numbers, and really complicate the rhythms nicely! The tracks are way more than simple Ellington tribute numbers, and the fresher rhythms really liven things up tremendously – giving the record a soulful swing that we wouldn't expect from either Tyner or Duke! Titles include "Mr Gentle & Mr Cool", "Gypsy Without A Song", "Duke's Place", "Caravan", and "Searchin". Includes 3 bonus tracks "It Don't Mean A Thing", "I Got It Bad", "Gypsy Without A Song (alternate)".  © 1996-2022, Dusty Groove, Inc.
(Out of print.)