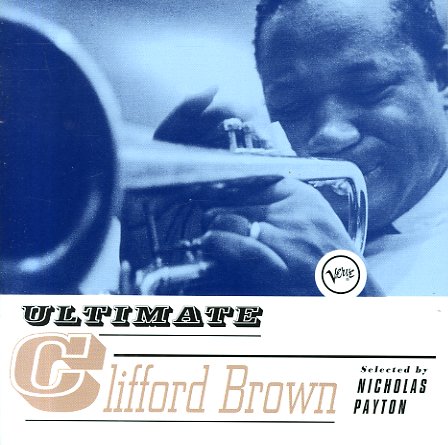 Clifford Brown All Stars (Japanese paper sleeve edition)
EmArcy (Japan), 1954. Used
CD...$11.99 (LP...$24.99)
A key slice of Clifford Brown from the 50s – two long tracks both recorded in an open-ended jam session format, showing a side of Brown's powers that's even bolder and more inventive than some of his previous studio work! The album soars along beautifully – with Brownie in the lead ... CD

Memorial Album (Blue Note)
Blue Note, 1953. Used
CD...$2.99
Clifford Brown only recorded a handful of sides for Blue Note – but all of the best ones are included in this excellent album – a full length set that culls together Brown's material from the 10" years, issued as a memorial to his early death in 1956! Side one features Brown with ... CD

Jams 2 – Clifford Brown All Stars (Japanese paper sleeve edition)
EmArcy (Japan), 1954. Used
CD...$9.99 (CD...$3.99)
Great rare material from Clifford Brown's legendary days at Emarcy – tracks recorded as part of the Dinah Jams vocal sessions, but done in a much more extended jam session mode! Washington sings a bit on 2 of the tracks, but the main focus here is on Brownie working with a jamming set of ... CD

Jams 2 – Clifford Brown All Stars
EmArcy, 1954. Used
CD...$3.99 (CD...$9.99)
Great rare material from Clifford Brown's legendary days at Emarcy – tracks recorded as part of the Dinah Jams vocal sessions, but done in a much more extended jam session mode! Washington sings a bit on 2 of the tracks, but the main focus here is on Brownie working with a jamming set of ... CD

Getz Au Go Go
Verve, 1964. Used
CD...$6.99
A beautiful dreamy album that's quite different from the classic Getz/Gilberto collaboration – but which also shares much of that set's lyrical beauty! This album was recorded live, in 1964, when Stan Getz was playing with his quartet that included Gary Burton on vibes – an incredible ... CD