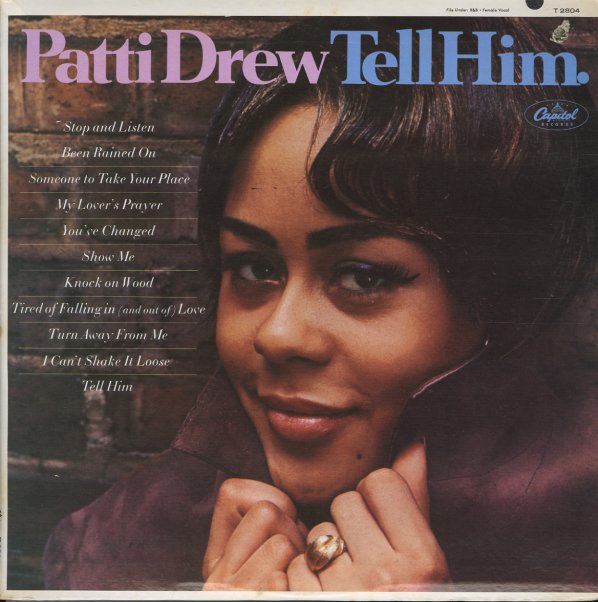 A homegirl from the Chicago suburbs, on her first solo outing. Includes the massive "Tell Him", plus a bunch of other sweet 60s soul cuts. Classic soul of the sort that was being produced independently, and then being sold to the majors. All of her Capitol LPs are great, but this one's probably the best known, and had the biggest hit. Tracks include "You've Changed", "Stop & Listen", "Show Me", and "I Can't Shake It Loose".  © 1996-2021, Dusty Groove, Inc.
(Stereo rainbow label pressing. Cover has a FREE punch-out and some notations on the back in pen.)