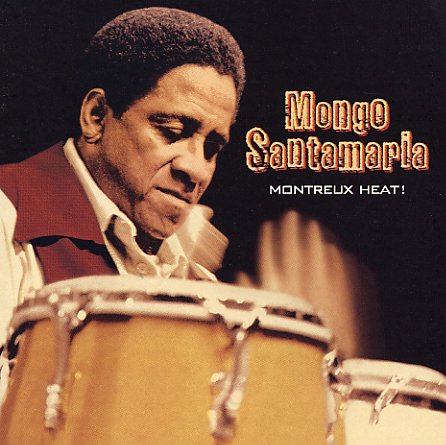 Late Mongo – but great Mongo! The CD features work recorded live at the Montreux Jazz Festival in 1980 – a wonderful jazz-based performance that was never issued at the time! Tracks are long and very open – stretching out with a soulful majesty that goes beyond even Mongo's excellent jazz sides for the Vaya label at the end of the 70s. Milton Hamilton plays some great electric piano on the tracks – and the tunes also have some excellent work on soprano sax, tenor, and flute by Doug Harris, a player we know little about, but who we really love on this set! Dizzy Gillespie and Toots Thielemans join in on one track, but the core group is the real power of the the album – grooving hard in a mix of jazz, Latin, and a slight bit of funk – served up on long tracks that include "Para Ti", "Come Candela", "Sofrito", "Pajaro Cantor", "Havana", and "Amanecer".  © 1996-2023, Dusty Groove, Inc.
(Barcode has a cutout hole, disc has a promo stamp.)