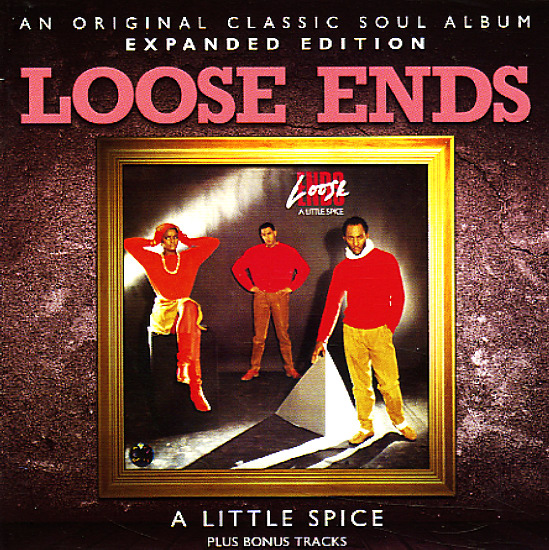 A really nice batch of early 80s soul from Loose Ends – one of the best-remembered groups who were making strong soul music in Britain in the period – but who actually recorded this excellent first album at Philadelphia's Alpha Studios! Making the record in Philly was a wise decision – the sounds range from classic-level slow jams, to solid modern soul, to touches of electro – plus some more dancefloor-oriented groovers – coming across like work of deft scene veterans rather than a full length debut for the group! The songs were written by the band who, at that time, included Jane Eugene, Carl McIntosh and Steve Nichol – and titles include "Hangin On A String", "Choose Me", "Music Takes Me Higher", "Dial 999", "Tell Me What You Want", "A Little Spice", "So Much Love", and "Let's Rock". This great version comes with a wealth of bonus tracks – 7 of them, including "In The Sky (UK Single – Long Version)", "Only A Day Away", "No Stranger To Darkness (UK Single)" and more. 15 tracks in all.  © 1996-2023, Dusty Groove, Inc.