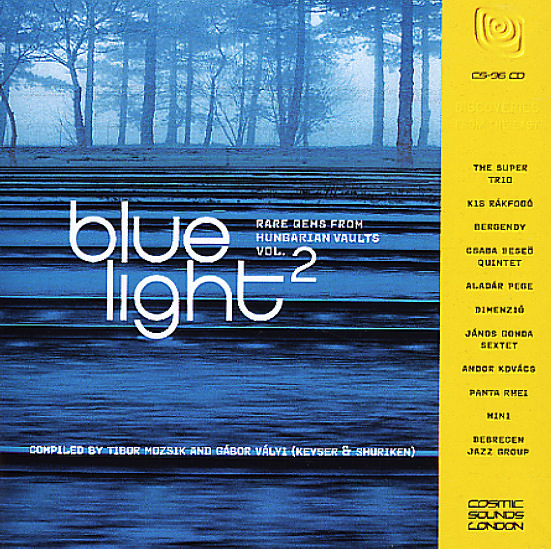 A great counterpart to the first volume of rare 60s Hungarian jazz from Cosmic Sounds – as this one has more of a 70s focus, and an overall sound that's more concentrated in funk! During the 70s, the Hungarian scene picked up a lot of the heavier fusion influences from the rest of Europe at the time – but in a way that often had rock groups hitting a lot more jazzy overtones too, playing instrumentally and jamming nicely on some of the funkiest tracks on their albums. The cuts on this set really get at that sort of groove very well – and demonstrate the surprising amount of funky material that was coming out of Hungary at the time – work that was often driven by a more progressive jazz influence, but which came out stepping with a really in the pocket groove to rival the best American fusion work of the time! CD features 11 tracks in all – including the sublime modal groover "Bamba" by Dimenzio, plus "Ole" by Andor Kovacs, "Kemenysepro" by Kis Rakfogo, "Blue Light" by Bergendy, "Green Wave" by Aldar Pege, "K 14" by Csaba Deseo Quintet, "Stroll In Debrecen" by Debrecen Jazz Group, "Jaguars Humming Birds & Amazons" by Mini, and "Tropusi Laz" by Panta Rhei.  © 1996-2022, Dusty Groove, Inc.
(Out of print.)