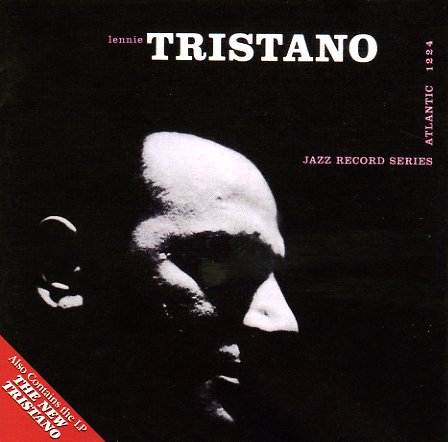 A double-length set of work from one of the greatest pianists of the 50s – both of his Atlantic albums together on a single CD! First up is the self-titled Lennie Tristano, from 1955 – darkly imaginative work from the great Tristano – and one of the few full albums he ever cut as a leader! The record features the incredible track "Turkish Mambo" – which has Tristano overdubbed 3 times in this dark modal way that's totally amazing, and which will hook you into his playing immediately! A number of other tracks feature a quartet with Lee Konitz – always a good match for Tristano – and a few others have a great trio that's completed by Peter Ind and Jeff Morton. Tracks include "Requiem", "East 32nd", "You Go To My Head", and "Line Up". New Tristano is an incredible record by Lennie – one that features him playing solo piano, but in a way that's so inventive, so creative, so pyrotechnic, that Atlantic Records had to include text on the back cover saying "No use is made of multi-tracking, over-dubbing, or tape-speeding." The album's also one of the last (the last?) that Lennie ever cut – and although many other players are kind of faltering in last sessions like this, Lennie's sounding better than ever – ready to take on a realm of new challenges in the 60s. Titles include "Love Lines", "G Minor Complex", "Becoming", and "Deliberation".  © 1996-2023, Dusty Groove, Inc.