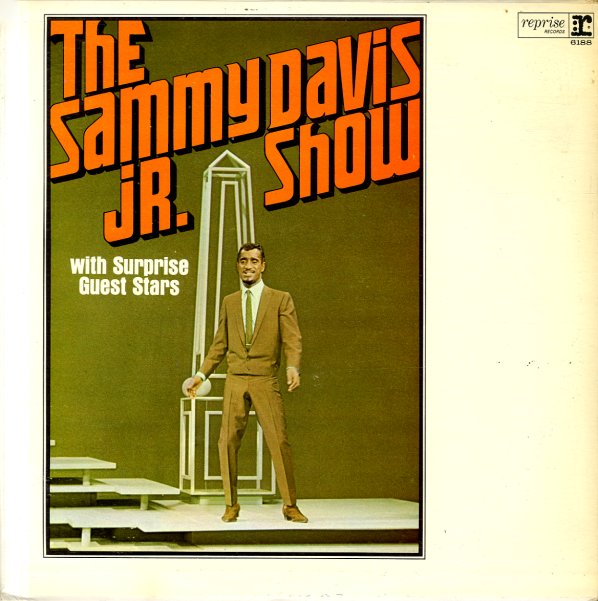 A great one from Sammy Davis Jr – one of his most upbeat, bouncy albums for Reprise – and definitely done with the sort of energy that earns the set the "show" in the title! The album was released in conjunction with Sammy's TV show on NBC in the mid 60s – and it's filled with the kind of catchy, super-swinging tunes that made Davis a real standout of his generation – not just one hell of a singer from a technical perspective, but one who could also transform any sort of material into a very groovy tune! Not all the tracks are fresh for the recording – as a few seem to echo other Reprise projects – but together, the songs make the album one of Sammy's best from the label – and include some Rat Pack guest appearances from Frank Sinatra and Dean Martin. Titles include "More Than One Way", "We Open In Venice", "Sam's Song", "This Dream", and "Feeling Good" – plus new recordings of "Hey There" and "What Kind Of Fool Am I".  © 1996-2020, Dusty Groove, Inc.
(Mono tri-color label pressing. Cover has a small cutout grommet.)