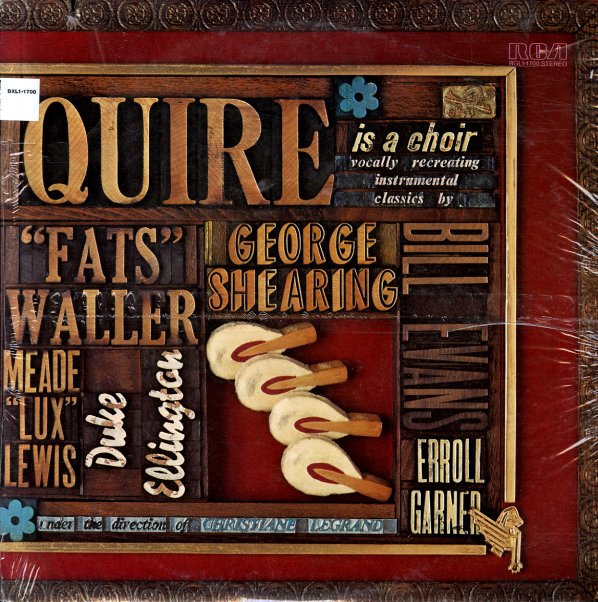 A very groovy little record! Quire is a harmony group led by Christine Legrand – sister of Michel Legrand, and ex-member of similar groups The Swingle Singers and Les Double Six. The music on the set is very much like that of the latter – in that it's harmony vocal versions of famous jazz tunes, done in an instrument-less style that recalls the work of the Swingles. The sound is quite odd, but wonderful – handled with the dreamy delightful style we've always come to love in Christine's work. Titles include "Lullaby Of Birdland", "Blue Rondo A La Turk", "Django", "Misty", "Body & Soul", and "Waltz For Debby".  © 1996-2021, Dusty Groove, Inc.
(Includes the insert. Cover has light wear and a cutout notch.)