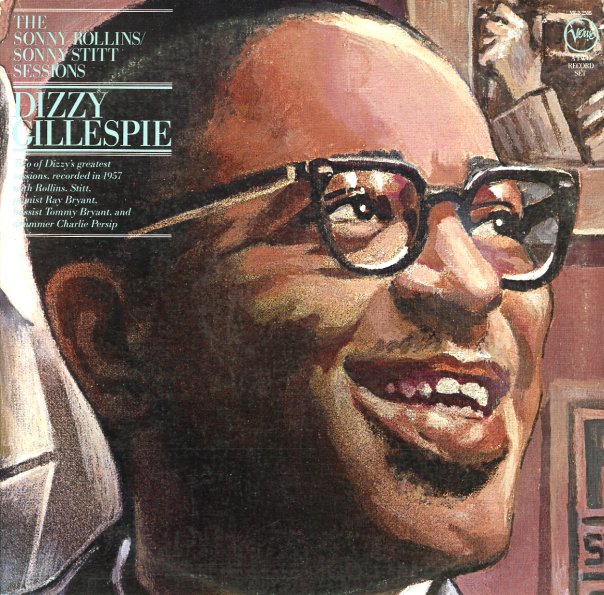 Of the classic "big names get together for a session" albums on Verve, the best ones always seem to be the ones with one of the "Sonnys" in the list of leaders. This one compiles titles from the Sonny Side Up album – which featured Stitt and Rollins, plus others from 1957 sessions in which Diz played with one or the other player. The set's a beautiful batch of long tracks with lots of blowing room, and a deep soulful hardbop groove that you don't always hear on Verve. The rhythm section for all groups is comprised of Ray Bryant, Tommy Bryant, and Charlie Persip – who are part of the reason for the magnanimous groove of the set – and titles include "After Hours", "Con Alma", "Haute Mon", "Sumphin", "Weatleigh Hall", "I Know That You Know", and "The Eternal Triangle".  © 1996-2022, Dusty Groove, Inc.
(70s issue. Cover has light wear.)

Live At The Village Vanguard (aka Jazz For A Sunday Afternoon)
Solid State, 1967. Near Mint- Gatefold
LP...$19.99
An amazing jam session set – of the sort that was rarely issued in the 60s, and hardly ever on labels like Solid State Records! The album features a small group of all-star players recorded live at the Village Vanguard in 1967 – all blowing on long, unstructured tunes that offer ... LP, Vinyl record album

Portrait Of Duke Ellington
Verve, 1960. Very Good
LP...$11.99
A portrait of Duke, done by Dizzy – and one that's got a whole different feel than you might think! Gillespie's working here with arrangements by a young Clare Fischer – who takes Ellington's themes and recasts them with an even deeper sense of color and tone – one that pushes ... LP, Vinyl record album