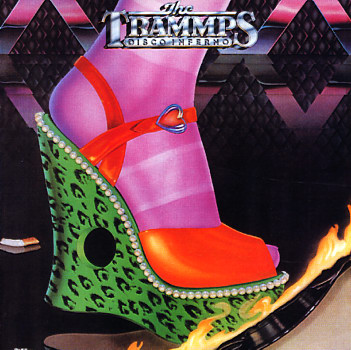 A landmark album from The Trammps – and a record that broke the group firmly out of the Philly ghetto, yet still carried all the best touches of the Sigma scene! Sure, the title track was a super-huge hit – thanks to a plug in Saturday Night Fever – but the record itself is Philly club soaring high, with key arrangements and production from the team of Norman Harris, Ronald Baker, and Earl Young – all of whom provide tremendously mighty grooves to soar the multi-voiced sound of the group well over the top of the clubs! Titles include an 11 minute version of "Disco Inferno", plus "Starvin", "Don't Burn No Bridges", "You Touch My Hot Line", and "I Feel Like I've Been Livin (On The Dark Side Of The Moon)".  © 1996-2022, Dusty Groove, Inc.