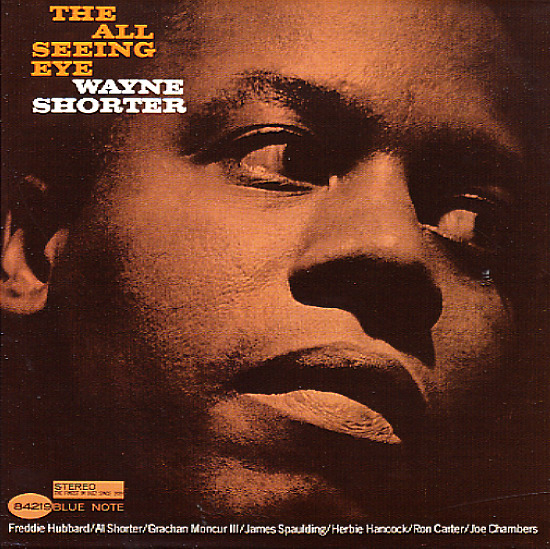 One of the more avant-oriented 60s sessions cut by Wayne Shorter for Blue Note – a record that's not entirely part of the "new thing" generation, but which definitely has Shorter pushing the boundaries from his previous records for the label! The lineup here is a key batch of players who can handle both sides of the fence – inside and outside – Freddie Hubbard on trumpet, Grachan Moncur on trombone, Herbie Hancock on piano, James Spaulding on alto, Ron Carter on bass, and Joe Chambers on drums – all players who were really breaking their own boundaries at the time. The set also features work from Wayne's Brother on one track – avant trumpeter Alan Shorter, who's only known for a few records under his own name, and who really brings a great sound to play here. At times, the record builds into a sound that's freer and more challenging than on some of Shorter's other albums from the time – but less in a free jazz mode, than with an overall sense of purpose that really keeps the message clear. Features all original compositions by the Shorter brothers – and cuts include "Chaos", "Face Of The Deep", "Mephistopheles", and "Genesis".  © 1996-2022, Dusty Groove, Inc.
(Out of print.)