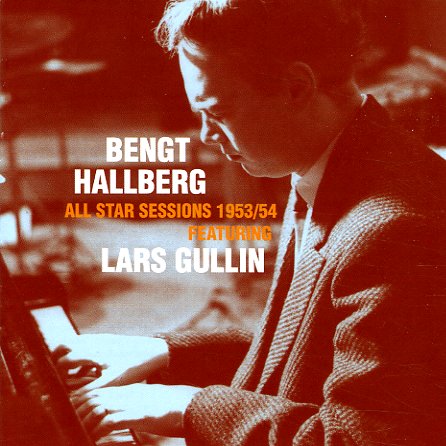 Great recordings from Swedish pianist Bengt Hallberg – recorded at a key point in the 50s when he was really building a reputation in the overseas market! The sides here were recorded for Metronome and Pacific Jazz – and feature Hallberg's sharp-edged piano working with a great range of Swedish reedmen – not just baritonist Lars Gulling, as mentioned in the title – but also Arne Domnerus on alto and clarinet, Carl-Henrik Norin on tenor, and Putte Wickman on clarinet – plus added brass from the trumpet of Ernie Englund and trombone of Ake Persson. Moods are modern throughout – and kind of a blend of Swedish postwar with west coast cool – an aspect that made Hallberg ripe for exposure to the US market at the time. Titles include "Pink Lady", "Side Car", "Whiskey Sour", "Red Wails In The Sunset", "Blues In Fourths", and "Meatballs" – and some tracks are presented in multiple takes!  © 1996-2022, Dusty Groove, Inc.