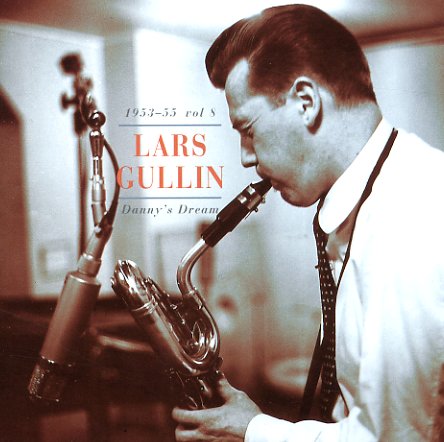 The material that made Lars Gullin a legend – important early 50s sessions for the Metronome label in Sweden, also issued over here in the US by Emarcy – as records that really helped Gullin's fame spread quickly! The tracks really have Lars finding his own voice strongly – using the baritone sax with tenor-like dexterity, in small combo lineups that often use the guitar of Rolf Berg in place of piano – which makes for a really unusual sort of tonal approach! The guitar rings out wonderfully next to the baritone – creating a great interplay of sonic textures – save for a few tracks that feature Lars playing a bit of piano, which he'd take up more strongly in later years. Titles include "Circus", "Manchester Fog", "Jump For Fan", "Bugs", "Stocks & Bonds", "Danny's Dream", "Lars Meets Jeff", and "Igloo" – and CD features a few alternate takes too – plus great notes!  © 1996-2022, Dusty Groove, Inc.

In Stockholm 1960 Complete (4CD set)
Dragon (Sweden), 1960. New Copy 4CD
CD...$28.99 29.99 (CD...$19.99)
The complete recordings of a legendary live cycle of shows in Stockholm from 1960 – material that was previously issued on two different 2LP sets during the album era, now brought together here with bonus tracks too! The first third of the set features incredible work from the team of Miles ... CD