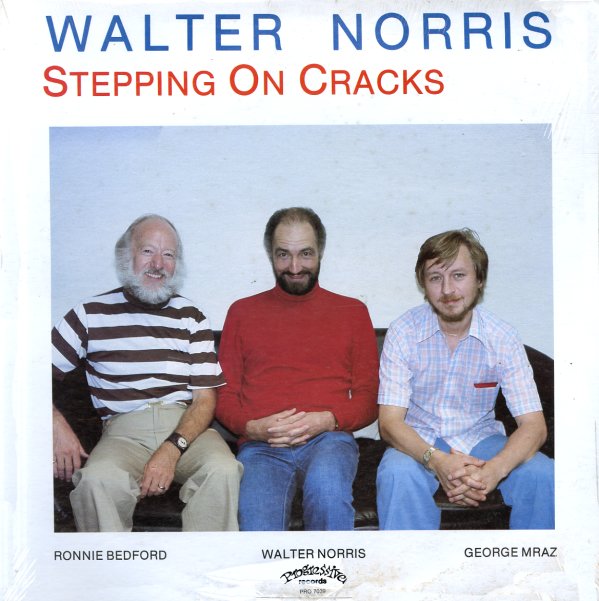 Genius work from the always-compelling Walter Norris – a pianist with a sense of complexity that's always mesmerizing, but one who can also find a way to effortlessly swing at the same time – which he does beautifully on this overlooked set from the early 80s! Most tracks are long, and filled with the kind of soaring lines and cascading tones that Walter can bring to the piano – lyrical lines, but also punctuated with a sharper edge too – given beautiful support here from bassist George Mraz, whose work at this point in his career is always fantastic – and drummer Ronnie Bedford, who lays back, and comes in at just the right moments. Titles include "Giant Steps", "A Child Is Born", "Stepping On Cracks", and "Falling In Love With Love".  © 1996-2021, Dusty Groove, Inc.
(Cover has two cutout holes.)