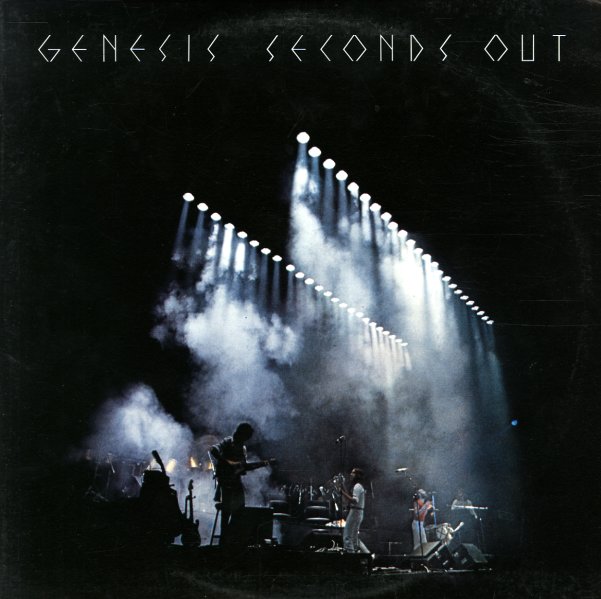 Trespass
Charisma, 1970. Very Good+ Gatefold
LP...$14.99
A really breakthrough moment for Genesis – the first album to really unleash the majesty of the group in the Peter Gabriel generation! The songs here are longer than before, and show the expansive vision that the group only barely cracked with their debut – taken into longer-form songs ... LP, Vinyl record album

Physical Graffiti
Swan Song/Atlantic, 1975. Very Good+ 2LP
LP...$69.99
Led Zeppelin at their most sprawling – in both ambition and in the pacing – on the gargantuan Physical Graffiti! This is the album where they started bringing some odd synth textures to the sound, and it's to Zeppelin's eternal credit that this doesn't compromise their blues-reverent ... LP, Vinyl record album

Led Zeppelin II
Atlantic, 1969. Very Good+ Gatefold
LP...$39.99 (LP...$24.99)
One of the most supremely classic of all classic hard rock albums! As huge as the debut was, Led Zeppelin II is the record that proved that the group were going to be in it for the long haul – with a righteous raw power that's still being felt all these many decades later! Nobody else could ... LP, Vinyl record album

Led Zeppelin
Atlantic, 1969. Very Good
LP...$23.99
One of the most monumental debuts in rock history – a record that hit the world like a led zeppelin, and left an impression for years to come! Led Zeppelin pretty much took over rock right from the beginning – which isn't too surprising, given that Jimmy Page had an in-demand guitar ... LP, Vinyl record album

In Through The Out Door
Swan Song/Atlantic, 1979. Very Good+
LP...$29.99
Led Zeppelin's final album of the 70s – a record that really has them stretching out and trying on some new ideas, yet still holding onto all their genius in the process! Sure, the album's maybe not as iconic as the first few – but from the perspective of decades later, it's a killer ... LP, Vinyl record album