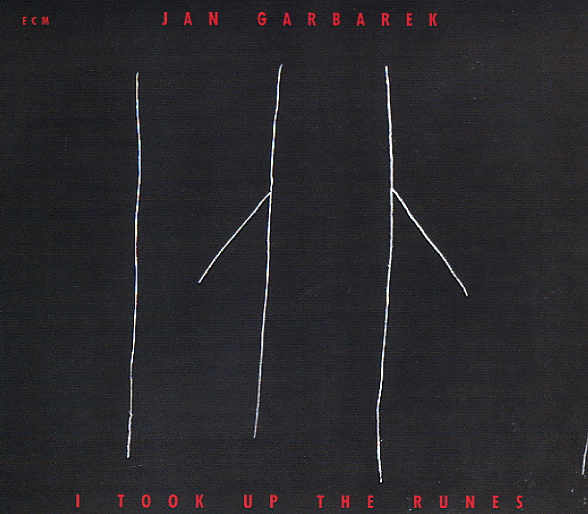 I Took Up The Runes

Evocative work from Jan Garbarek – a wonderful progression of modes he first began for ECM many years before, stretched out nicely in this more recent session. The album's significant in featuring some early work from Bugge Wessltoft on synthesizer – playing here before his later fame on the Jazzland label, on a date that makes a great bridge between the groundbreaking European forces of that label, and ECM. Other musicians include Rainer Bruninghaus on piano, Eberhard Weber on bass, Manu Katche on drums, and Nana Vasconcelos on percussion – and Ingor Antte Ailu Gaup sings just a bit on the record. Titles include "I Took Up The Runes", "Molde Canticle", "Buena Hora Buenos Vientos", "Rahkki Sruvvis", and "His Eyes Were Suns".  © 1996-2021, Dusty Groove, Inc.