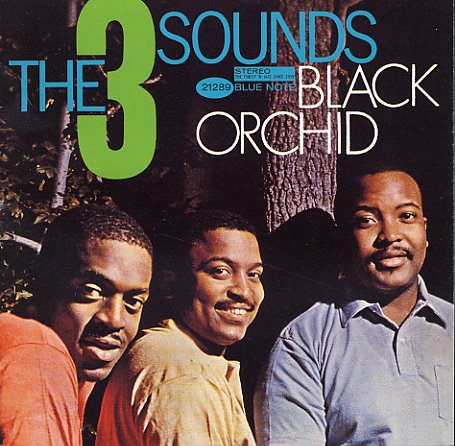 Maybe the most evocative title of all the Three Sounds albums of the 60s – and one that really gets at the dark beauty of the entire record! By the time of this release (the group's 7th for Blue Note), Gene Harris and the trio had really come into their own – and were moving past simple soul jazz modes into this wonderful blend of grooviness and lyricism – still very much beholden to Harris' rhythmic approach to the keys, but also filled with loads of complicated lines, especially from the group's wonderful bassist Andrew Simpkins – whose round tone is especially great on the mellow numbers. Titles include Randy Weston's "Saucer Eyes" , Neal Hefti's "Black Orchid", and the tracks "Don't Go Don't Go" and "Oh Well Oh Well", both originals by Gene Harris. CD reissue adds in 6 bonus tracks – including "You Dig It", "Nature Boy", "Theme From M Squad", "Back Home", and "Azule Serape".  © 1996-2020, Dusty Groove, Inc.
(Out of print.)