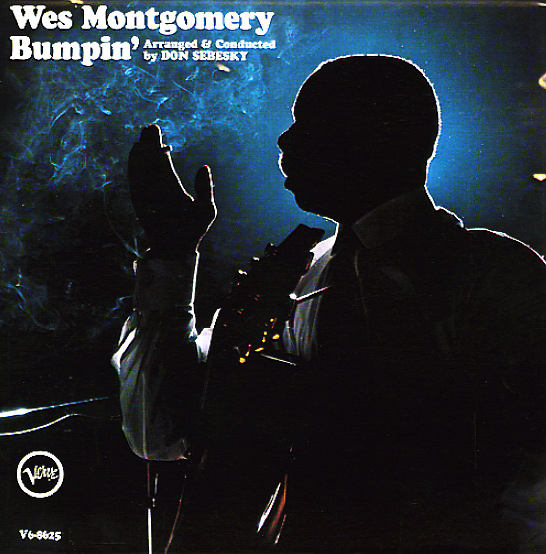 An incredible album from Wes Montgomery – and the beginning of a whole new sound for his guitar! Wes moves away from his small combo soul jazz roots on the set – and hits a wonderfully sweet new vibe with larger arrangements from Don Sebesky – bigger backdrops that fill in the space between the notes wonderfully, yet still leave plenty of space for Montgomery to really open up and do his thing! Sebesky's got a perfect sense of timing on the record – and many tunes have a subtle sort of groove – one that pushes Wes' solos beautifully, and has them open up in chromatic tones that are simply mindblowing. This is the start of Montgomery's really classic years in the 60s jazz mainstream – and titles include the classic "Bumpin", plus "Mi Cosa", "Musty", "Con Alma", and "Tear It Down" – plus 3 bonus tracks!  © 1996-2023, Dusty Groove, Inc.
(Out of print, Verve Master Edition with a cutout mark through the digipack warcode.)

Stan Getz/Bob Brookmeyer – Recorded Fall 1961
Verve, 1961. Used
CD...$7.99
A great lost Verve album that stands as one of Stan Getz's best sessions from the early 60s – a brilliant pairing with Bob Brookmeyer that shows just how much each player had grown in the past decade! There's a strongly modernist feel to the record – more Brookmeyer's influence than ... CD

Oscar Peterson Trio At Newport
Verve, 1957. Used
CD...$5.99
The Oscar Peterson trio of the 50s – both by itself, and augmented by some great horn work too – all recorded live at the Newport Jazz Festival in 1957! Side one of the album features the group alone – Oscar on piano, Herb Ellis on guitar, and Ray Brown on bass – all in ... CD